After work drink on Friday with BUSCEMI!

With more than 60 speakers, the BAM Marketing Congress will leave a lot of impressions. We will therefore make sure to end both days in style with an afterwork networking cocktail. We will provide small bites, drinks and on Friday even the fantastic DJ BUSCEMI will be present.

Buscemi is a Belgian DJ and musician. His style can be described as dance music with a touch of Latino and influences of lounge, jazz and Brazilian grooves.

He has released over 10 albums gaining millions of streams and his single Seaside was a worldwide hit song. His groove his worldwide acknowledged. He has performed in over 40 countries covering all five continents, including performances at Burning Man and Tomorrowland.

Buscemi is now setting up the first NFT music project: Buscemi Beats. He invites everybody to co-create his next hit album! Be sure to take a look at his website!

Enjoy already his great beats on Friday night during the after work drink at the Congress! 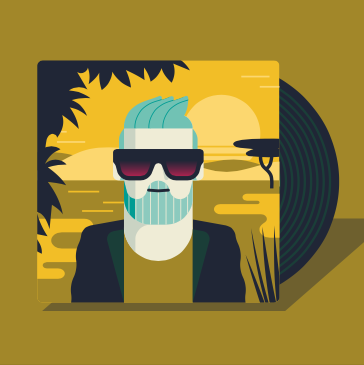 Average Rob: Marketing is the most fun facet of a business The BAM Marketing Congress is your annual meet-up with professionals passionate about marketing.